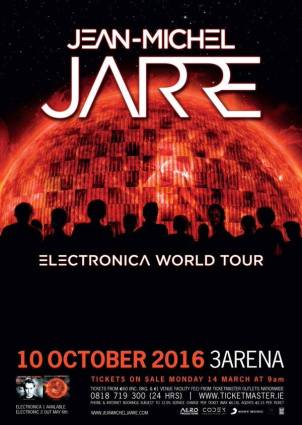 TICKETS GO ON SALE MONDAY 14 MARCH AT 9AM

This is his first European tour in six years.

Famed for staggering visuals and the use of cutting-edge digital technology which has been seen by millions of people around the world, the new live show promises yet again to be a truly immersive musical journey.

Tickets from €60 including booking and facility fees go on sale this Monday 14 March at 9am via Ticketmaster.